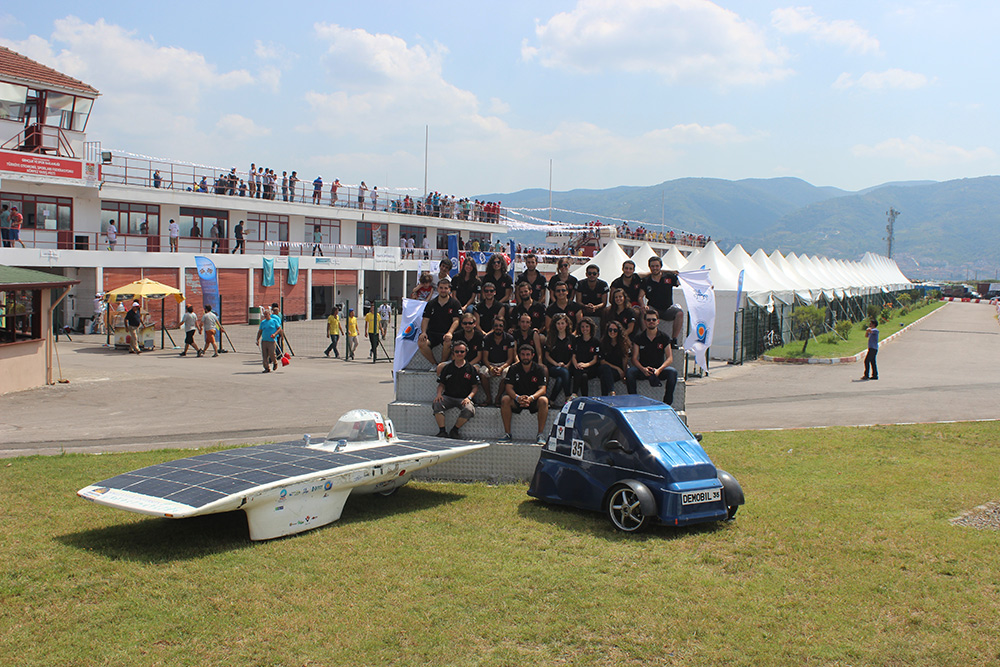 Our team have represented Turkey successfully abroad and have been successful in the different areas since 2003 and to be continued. Our team was the prize in the Sun Life design competition about the product design in Greece as the first Turkey team has been awarded in abroad. We participated “Electric Vehicles Exhibition” in Klagenfurt, Austria. Also we have different degrees on the Formula G that is the race, which is organized annually in Turkey. We have participated 3 different solar car races with 3 different solar cars during only one and half month in 2013. We have been 3rd place Formula G 2013 which has been held in Turkey, 2nd place in Moroccan Solar Race Challenge 2013 and the 6th place in Australia World Solar Challenge 2013 Adventure Class. We were 3rd place at TUBITAK Electric Vehicle Race 2014, in Turkey, throughout 42 teams, that held between 11-17 August. We participated to Moroccan Solar Race Challenge 2014 between 5-7 September and we were 1st place throughout French and Moroccan teams. We are the first team of Turkey who has been 1st place at international area with this award. Now, we are preparing for European Solar Challenge 2014.
Solaris is the projects that are made by the team that is consist of 20 people who are engineers, academics and students. Design and production are made by the team. That project include R & D works and some of them is the original. Now we have 4 solar vehicles also we produced EV’s for transportation inside of university campuses. Our aim is to make the next solar vehicle is much more efficient than previous one and to be much more feasible.

iLumen European Solar Challenge @iESC2018
1 month ago
Status update after a quarter of the race, the #iESC2021 situation at @CircuitZolder looks like this! https://t.co/h7UZ7YgsLr https://t.co/TSUn04Yv7P
View on Twitter