All teams are currently preparing their participation at the 24 hours iLumen European Solar Challenge. During the next weeks, each team will be presented on the iESC website. Today we present you the defending champions Solar Team Twente from the Netherlands.

“The team driving RED E will consist of the new 2021 team of Solar Team Twente, helped by members of the 2019 team”, Team Manager Annelies Dekker explains.

“They are just a team for a couple of weeks at the time the iESC takes place, so it is quite an effort. The team consists of around 20 students within several sub teams, all with specified tasks, to make the weekend run as smooth as possible.”

“In 2018, Solar Team Twente became 1st and 2nd at the iESC, with the (then new) 2019 team winning, and a team consisting of several alumni became second. All our teams consist of students from the Saxion University of Applied Sciences and the University of Twente.”

“RED E is the latest solar car of Solar Team Twente and was built by edition 2019, together with our strong partner network of over 160 partners. It participated in the BWSC 2019. During this challenge, it obtained the first place in just two hours until it sadly got blown of the road in extreme weather conditions. The car has been fixed to participate in the next challenge, the iESC 2020!”

“With dimensions of 2900x1300x1200 it is the smallest solar car ever built. This is due to compact suspension design, smart placement of electronics and a small solar panel. It has a 2.64m² Gallium-Arsenide solar panel with an increased effective area by shingling the solar cells. It uses a 40kg LiFePO4 battery pack and with the completely self-developed hub motor, it can reach up to 128 km/h!”

“Solar Team Twente is quite familiar with the iESC, so with the Zolder race track too”, says Dekker. “Team members from team 2019 will recognize it. But the new 2021 team hasn’t been there yet, so for them it is a whole new experience. It is quite possible it will be their first time being in a pitlane of such a race track. “

The European Solar Challenge is the only solar care race in the world that lasts for 24 hours. What is the impact on the strategy that has to be followed? “The race is more focused on endurance and stability of the drivers. The car isn’t made for driving on a circuit, but to drive straight forward on the endless Australian roads. Therefore, it is quite a challenge for the new team to keep RED E running throughout the entire 24 hours.”

“Furthermore, the drivers will have to be changing shifts through the night. Driving at night is even more exhausting than during the day, so they are really put to the test, given it is their first race in a solar car. “

To finish, Dekker hopes as many people as possible will travel to Circuit Zolder to attend the race. “The 24 hour aspect of the race makes it really cool to come and follow the race. Certainly at the final hours, fatigue comes into play and teamwork is tested like never before. The teams have to keep performing, although they have been doing so for a long time. The circuit is a cool place to be too! With our team we will do anything to prolongate our European title!”

iLumen European Solar Challenge @iESC2018
5 hours ago
The Kratos team from @EAFIT (Colombia) is preparing for #iESC2020! "The sky is not our limit because WE ARE KRATOS", says Carlos Andrés Urrego Villegas, Technical Director of the team. Good luck, guys and girls! https://t.co/HxUW1Zb7Sr https://t.co/GEfgCwXtNy
View on Twitter 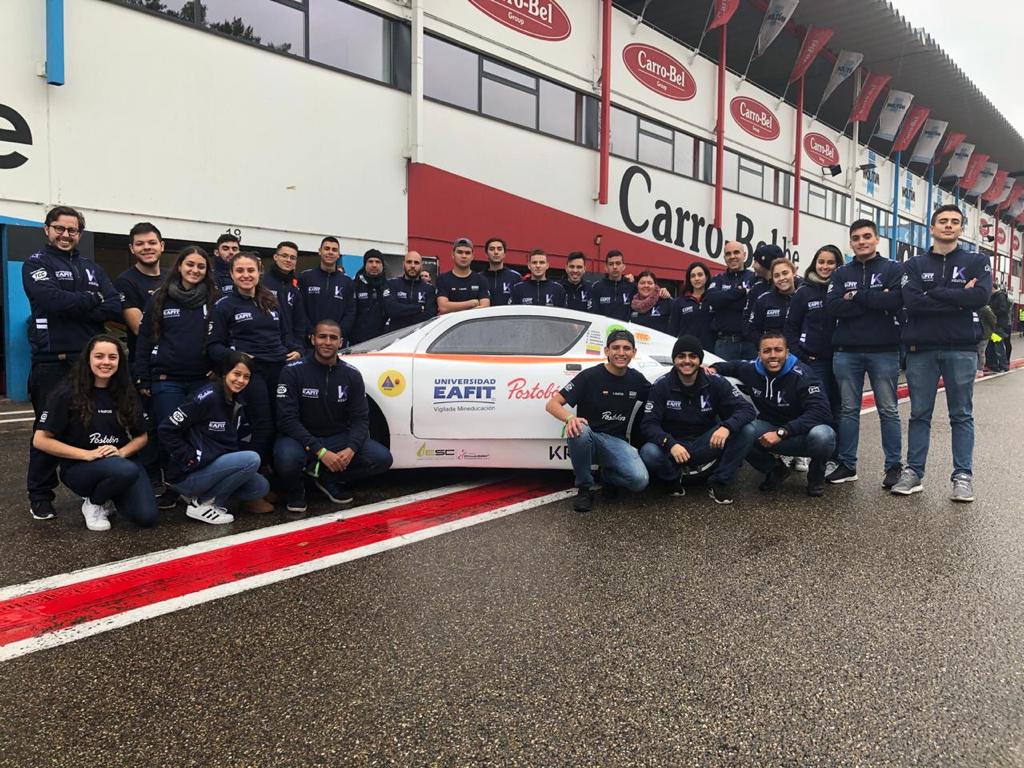 European Solar Challenge5 hours ago
The Kratos team from Universidad EAFIT (Colombia) is preparing for #iESC2020! " The sky is not our limit because WE ARE KRATOS", says Carlos Andrés Urrego Villegas, Technical Director of the team. Good luck, guys and girls! https://www.europeansolarchallenge.eu/blog/iesc-team-presentation-kratos-team-columbia/