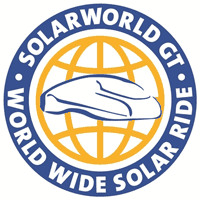 The Solarworld GT was built for the World Solar Challenge 2011. The car is optimized for road capability instead of high efficiency driving, so it didn’t had a chance in the Challenger class and finished the race as the 26th. After the car drove around the world, some of the old team members wanted to show that the car has a better chance to make a good place on the ESC under the new regulations. The team is composed of three mechanical-, three electrical-, one strategy- and one motor guy. After 40,000 km the team has the challenge to get the Solarworld GT in a top condition. To match the new conditions on the circuit, the telemetry system now sends data across the whole racetrack and also to the driver giving him important information about the car on an info display.

iLumen European Solar Challenge @iESC2018
1 month ago
Status update after a quarter of the race, the #iESC2021 situation at @CircuitZolder looks like this! https://t.co/h7UZ7YgsLr https://t.co/TSUn04Yv7P
View on Twitter